skip to main | skip to sidebar

Just a quick note before I leave for work...

I finally got caught up on the last three episodes of The Commercial Suicide Songwriting Podcast. For some reason they episodes were NOT coming to my phone and I stumbled on them on my laptop, so I manually put them on my phone and spent a couple of days catching up. Lots of great info and I can't say enough good things about this show!

So that put me in the mood to write... :-) Last night I pulled a song out that Steve Rempis had sent me back in November. He wanted a bluegrass take on it and I was hearing a slightly different tune in my head, so I rewrote part of it to adjust the phrasing, etc. I sent it back to him last night to see what he thinks of the changes and to see where we go from here.

Then I pulled out a song "idea" that another songwriter - Gary Jolly - had shared with me. Since it had been so long I didn't know if he had already collaborated with someone else. Since the "idea" is from a third party I didn't want to jump in if the project was done and complete.

I moved on to a third song that was a complete song sent to me by another long distance co-writer - Jed Inlow. This guy and I have collaborated on several songs already and he had a "beat" in mind for the song. He is a lyrics writer only, not a musician, so he asked me back in September to send him a performance of the song with a specific "beat" in mind. Sure enough, it fits the STYLE of the old song he had in mind, but I was careful not to make it a copy of that song. The hook and repeating line is a GREAT line!

I emailed him as well, and was immediately called out on an errand. As with the other, if he had already collaborated with someone else I didn't want to do too much with it, but I had a specific suggestion in mind. He contacted me while I was out and had not sent it to anyone else, so we're going to work on that one for sure.

Meanwhile I get an overnight reply from Gary - nothing done yet as he's been "out of pocket" as well, so no harm. Good. :-) I'm excited to be working on this one as well.

So - that's three songs I collaborated on last night. Only did real "work" on one of them, but it felt great! Playing live music is fun and playing music for people to dance and smile to is even better, but the writing is even more magical. I can not explain it, but trust me - it's magical.

Another writer friend, Randy Finchum, gave me some words of encouragement as well when I mentioned to him on Facebook that I was writing for the first time since before the holidays -

Marla Sitten told me once to do one thing a day to help your career, and you're did it today man! Sometimes this writing/music thing seems overwhelming, but the biggest thing is doing the little things....they move us forward every time!

Thanks again, Randy, and glad to hear your voice on the podcast!

One last thing... The Bare Basics plan to try out a bass player this coming Tuesday night... This song I worked on last night with Steve will make a great addition to the bluegrass side of things. 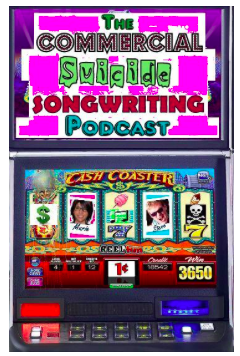 Posted by jimmylogan at 5:27 AM

jimmylogan
Greetings, and thanks for stopping by!